FAQ: Overhydration: Am I at risk?

Overhydration is the layman’s term for the medical term “hyponatraemia”.
“Hypo” = small or low
“Natraemia” = salt

Hyponatraemia means that the sodium concentration in your body has become diluted.
When this happens, your body’s water levels rise, and your cells begin to swell.
This swelling can cause many health problems, from mild to life-threatening.
Symptoms can be mild or severe:
Mild symptoms include a decreased ability to think, swelling (e.g. hands/fingers), headaches, nausea and poor balance.
Severe symptoms include confusion, seizure and coma.

There are many reasons why your sodium levels might get too low. These include:

Does this mean that I should take salt tablets?

No this is not a good idea, because if you get your dose wrong, you can end up feel terribly nauseous and vomiting, dramatically affecting your performance.
Sodium is absorbed best in the presence of the other electrolytes – and these in the appropriate balance/ratios to each other.
We have done the thinking for you in GT Gel, EnduraPower, PaceLyte and Souties!
Our formulas have high electrolytes for racing in heat – including sodium, Kalahari Salt and magnesium bis-glycinate.

How much water should I safely drink during an event?

If you are using our  GT Gel, which is high in sodium and other electrolytes, we usually recommend that you hydrate according to your bodyweight:
Bodyweight (kgs) x 8ml-10ml/hr. This however may vary widely. Also to be considered is the ambient temperature and humidity on the day;
as well as the type of sport you’re participating in.

How much water should I be drinking daily, on non-competition days?

We usually recommend bodyweight x 30mls. Note that this excludes training water, which is at a rate of bodyweight x 8-10ml/hour.
For example, if you weigh 70kg, then you should drink ~2100ml water/fluid over the day at the office.
Add 560-700ml per hour that you train. Again, this may vary widely, taking into consideration, type of sport, ambient temperature, humidity etc.
I also like to include some Kalahari or Himalayan Salt on my food daily.

Tip: If possible, before running a marathon, find out the size of the water sachets, so that you can calculate your hourly rate/range of water consumption, which can be adjusted on the day, according to ambient temperature.

GT Gel, EnduraPower, PaceLyte and Souties!
Our formulas have high electrolytes for racing in heat – including sodium, Kalahari Salt and magnesium bis-glycinate.

From Africa, with love 😉 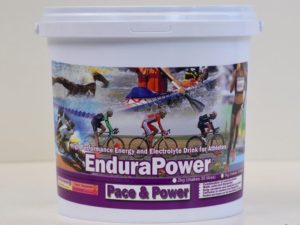 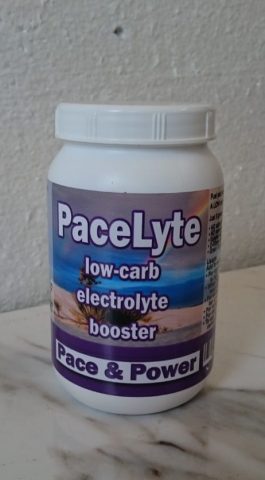